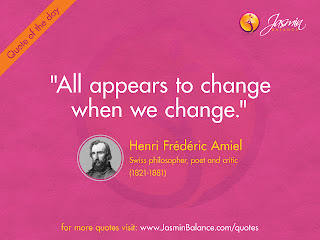 Ahhhh change, no I'm not good at dealing with change. I've been in my job since 2003 - and can't see that changing anytime soon.  It was HUGE for me when we sold our house and bought a new one 2 years ago. We moved about half an hour away from our old house - but boy was that a big change for me. Everything I know and am familiar with has gone - I need to find new doctors, parks, library, shops, ways to get places (my parents, work), childcare, schools and so the list goes on.

I actually just did a 6 week course with a presentation at the end called the Wave of Change - which was all about change management techniques!  The biggest thing I learnt from the course is that people deal with change differently - but it's not something we can just expect everyone to do with ease.  There is the cycle of change, and we have to grieve what's ending (or celebrate the ending), before we can start with the new.

So the big question is, how have I changed over the last 12 (or in my case 13 weeks). I would say straight out, no I don't think I've changed. But when I seriously think about it that's not true. I've not made any major changes, but I've made little changes. And it's the culmination of lots of little changes that create big changes. Something as simple as me posting week 13's task before week 12s.  Now that's out of routine and order, and would previously have me reluctant to do it - I may have written week 13's first, but waited until I had done week 12's to publish it! I've realised sometimes a little flexibility is okay, and routines can be broken!

We have started Friday family movie night. It's something we enjoy as a family (although it's adding another routine to my system!).

I've decided I'm happy with my body- I'm not as thin as I think I wanted to be - but I've decided I'm healthy, happy and can maintain this weight - so I'm not going to keep busting my guts to lose 3-5kg.  That's a change for me. I've previously wanted to lose weight - and then felt guilty every time I would eat something that goes against eating weight. I would do that quite a bit and constantly feel guilty!

I've been working on other areas of my appearance - wearing lipstick and some eyeshadow, changing how I do my hair from time to time (rather than the same old same old every single day), and wearing some dresses. I'm not a dress person- but I get comments every time I wear my new dress to work!

I've changed the way I think about things. I can choose to get annoyed by something - or I can choose not to.  I've been trying to choose not to sweat the small stuff and the stuff that's out of my control and I can't change. Whereas previously I would get cranky about things and maintain the crankiness for ages!

I've tried to catch up with friends via telephone or face to face rather than Facebook and text. I haven't been on Facebook much lately - whereas before not a day would go by. I do miss my online friends - but I've realised I'm trying to cram so much into my life and it's such a time waster that I can just pop on from time to time to catch up with them. I have quite a few online only friends through parenting groups and so on. I've been reading more blogs- I love reading blogs - and trying to comment when I have time.  I've been reading more books. I've been reading to my kids and listening to Hunter read.

We have been working on changes with Hunter - his sleeping and separation anxiety. He has come such a long way in 7 weeks and I'm so proud of him. We have changed the way we parent him slightly to bring about these changes -but him coming home with an award from assembly (where he stood up on stage to collect - unheard of at the beginning of the term) for courage to start the day independently - highlighted to me we are doing the right thing.

I don't know if anyone would notice these changes, but internally I feel happier. And I feel happier now I've written this post - and even in time to link up!
Posted by Bec at 03:29